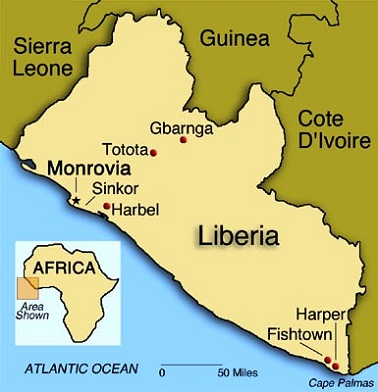 Liberia National Investment Commission (Monrovia) DOCUMENT Originally published on allAfrica.com Liberia continues to pursue political stability and economic prosperity. Following a milestone political transition in 2018, ushering in a new dispensation and democratic government led by His Excellency Dr. George Manneh Weah, President of the Republic of Liberia, the Government of Liberia has identified investment in infrastructure and agriculture as the most important priorities that can potentially unlock opportunities for investment across all sectors of the economy. This renewed commitment to promote investment in agriculture and infrastructure is a key focus of President Weah’s economic recovery and growth drive and it is very critical to improving Liberia’s image abroad thereby attracting Foreign Direct Investment (FDI) in priority sectors. Concept: Having held several Trade and Investment events around the world with specific reference to one held in New York in September 2015 to pitch to potential investors on investment opportunities in Liberia, the Government of the Republic of Liberia through its Embassy in Washington has proposed to host the Liberia Business and Investment Forum slated for September 26, 2019 in New York City at the sidelines of the 74th United Nations General Assembly. The focus of this forum will be agriculture, general infrastructure development and diaspora investment from Liberians, although all other opportunities will also be highlighted. The vexing reality of huge infrastructure gap must be addressed in the most pragmatic manner to ensure that the standard of living of Liberian people is improved. There is no gainsaying that infrastructure development requires huge investments and the Government of Liberia needs investors to play an important role in bridging this gap for a win-win outcome for both parties. Infrastructure includes both soft and hard infrastructure such as roads, railway system, ports (sea and air), energy, ICT, etc . Additionally, award of contracts can also be a disincentive for attracting investors if the process is not perceived to be transparent and shrouded in legality. It is the position of the Government of Liberia that all awards of contracts will meet the guidance of the Public Procurement and Concession Commission (PPCC). The requirement for international competitive bidding will be respected and encouraged. Liberia has a 5-year development plan, the “Pro-Poor Agenda for Prosperity and Development” (PAPD). The fundamentals underpinning the PAPD include Liberia is rich in human and natural resources but is deprived of development largely because its human capital lacks the knowledge to transform the natural resources into wealth— whether through farming, mining, fishing, or other productive ventures that require technology or financial investments. Consequently, Liberia is relatively rich in natural capital, but relatively poor in relations to its peers in both human and produced capital. Moreover, because of a legacy of entrenched inequality in access to development opportunities, widespread infrastructure deficits and pervasive poverty have become the binding constraints to future growth and prosperity. Objectives: It is the view of the Government of Liberia that this event considers the following objective(s):     Initiate vigorous, constructive dialogue between would-be investors and the Government of Liberia on investment opportunities in agriculture, general infrastructure and encouraging Liberians in the diaspora to invest in Liberia     Create a platform […]